"The Site" is part of the ninth Palmer Sculpture Biennial currently open until mid April 2020. Palmer is set on the edge of the Adelaide Hills escarpment and is a rugged and windy landscape.
‘The Site’ is an ephemeral structure of some 700sqm made up of steel pins and coloured string that represent a digital model of a landscape within a landscape. Archaeologists often use GIS (Geographical Information System) as a tool to record, describe and analyse landscapes and sites. GIS data can be used to produce interactive maps and 3D landscape models in the form of DEMs (Digital Elevation Models) which can either be represented as a raster model or a vector based TIN (Triangulated Irregular Network) model. In this piece the sculptural TIN model, which is laid over a section of the Palmer landscape, incorporates a pathway through the model leading to a central area which focuses attention on a conceptual archaeological site.

​Photos on this page by R. Bannister, J. Hayward and M. Kluvanek. 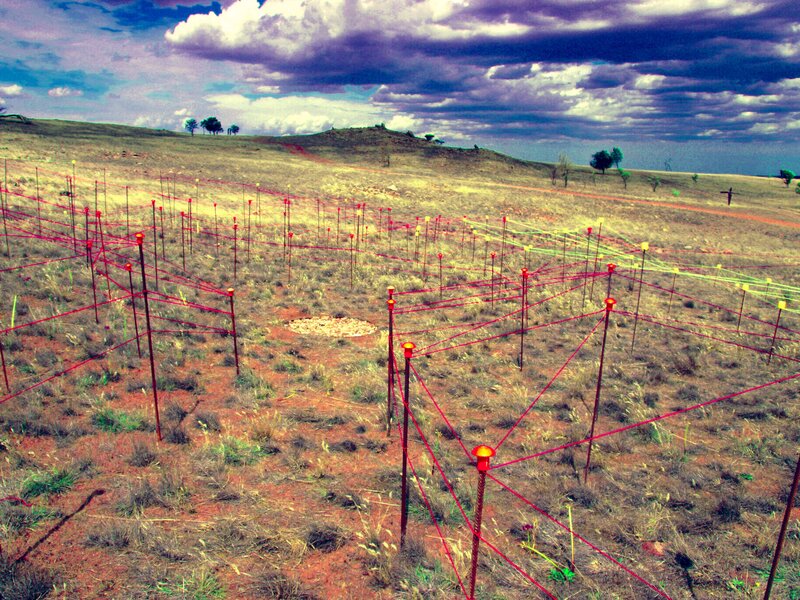 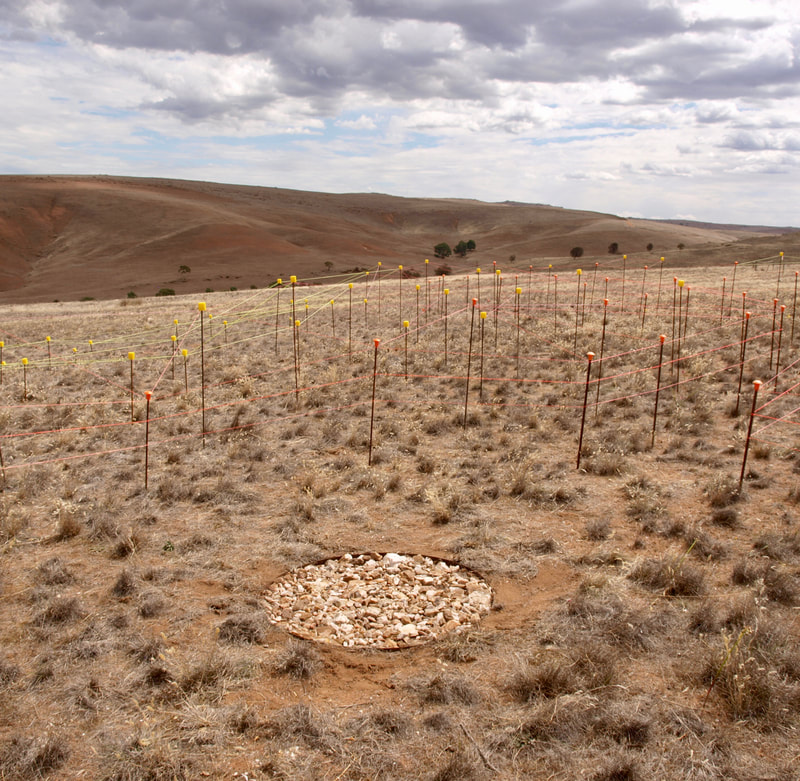 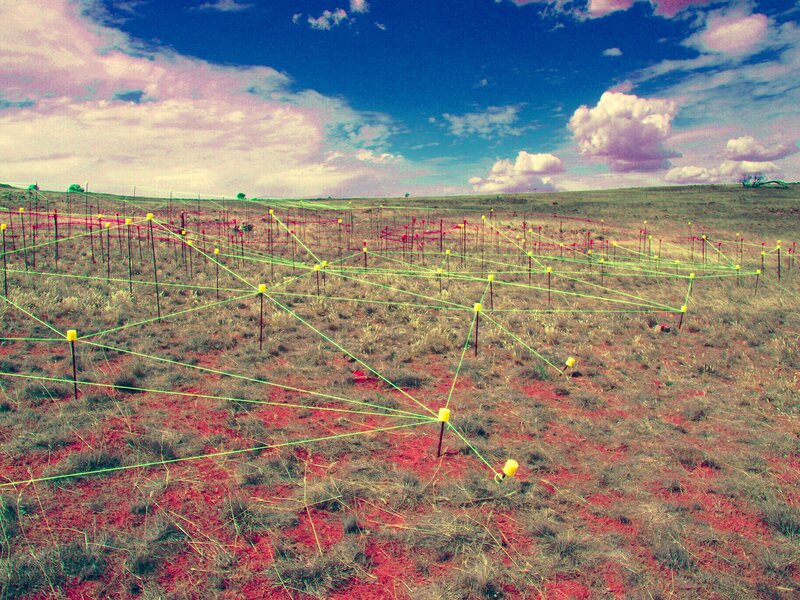 The viewer is guided into "The Site" along a meandering passage to the centre of the TIN web where they find a circle of quartz stones and are invited walk on the stones. The land is mapped and defined as a geographical space; the wind blows through the strings and the stones crackle. A bit like being in an archaeological landscape.

John Neylon's review of the Palmer Sculpture Biennial in the April edition (#482) of the Adelaide review states that:
" John Hayward’s The Site invokes a similar sense of introducing or even imposing order on such a vast, unregulated site. He has acupunctured a small slice of hillside with metal rods connected by stretched coloured string. By such means archaeologists such as Hayward, fix their gaze and hope to follow that labyrinthine thread which leads (as in The Site) to an inner chamber of resolution."